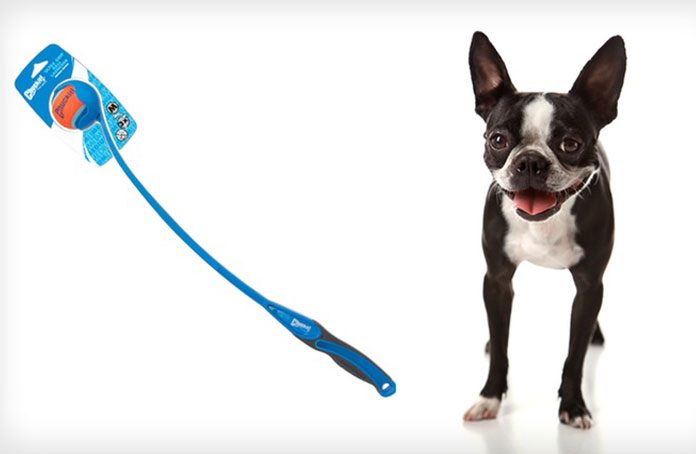 Playing fetch with a dog can be the most fun a lot of dogs can have, but if anyone has a dog like mine that destroys regular tennis balls it can be a challenge to always have one. Before I bought a Chuckit! I used a lacrosse ball but now I have 4 different Chuckit! balls, one Whistler, one Erratic, one Regular orange rubber, and one glow in the dark ball with one large launcher.

Chuckit has been around since late 1990s and you can’t go into a pet store that doesn’t have them. They are a very popular dog toy for a variety of reasons, mostly the launchers can throw the ball with very little easy. Along with their random other toys like flying toys, especially there flying squirrel has made them one of the most popular dog toy manufacture around today.

The balls come in a variety of sizes for all sizes of dogs. Most dogs will need a medium ball approximately 2” diameter. But the larger ones would work great for dogs the size of great dane’s and husky’s. The small balls would be good for small breeds but some smaller breeds would also be able to use medium sized balls.

The launchers come in different lengths and three different styles of each, Sports, Pro, and Ultra Grip. The main one is the Pro Launcher, advertised as a durable plastic launcher that will pick up any ball that was tossed into mud, water, or soaked with dog slobber. Some launchers are advertised to be able to toss the ball 150 feet and that in my personal opinion will save your arm and shoulder when your dog would keep playing all day long.

My favourite ball to play fetch with is the Erratic ball that will bounce randomly and make my dog go crazy chasing it, with the random design the bounce is unpredictable which helps in a smaller yard to wear out any dog. It is great when I don’t want to load up and go the dog park. The ball itself is a soft natural rubber but it is very durable that I have had the same one for over a year and it doesn’t seem likely to be destroyed, unlike the regular tennis balls I’ve used that sometimes only last 3 hours.

Second is the Whistler ball for using with the Chuckit! Launcher, it creates an easy way for the dog to follow the ball if you’re throwing it into the sun. It also helps you keep an eye or ear out for it in case the dog can’t find it. They are made of the same natural rubber as the Erratic ball and has lasted over a year as well.

Lastly we don’t use the regular rubber one or the glow in the dark as much, no real reason other than the Erratic and Whistler balls are the easiest to keep my dog going. Now once in awhile I’ll gather all the balls that are in my yard and just keep throwing them all around to keep him running all the time.

Some other products Chuckit! Manufactures is the Kick Fetch, Kick Cube, Fumble Fetch, Flying Squirrel, and a ton of different water toys and soft indoor toys.

The Kick and Cube Fetch are great if your dog likes to play but are tired of always throwing the ball and soccer balls just get destroyed. So Chuckit! Developed these two products made of canvas, rubber and foam making it harder for dogs to destroy and puncture them, making them a great option.

The other outdoor toy is the Fumble Fetch toy which looks like a football but has the same idea as the Erratic ball that it will bounce randomly around the yard. They are made of the same materials as the kick and cube so they are just as durable.

Chuckit! Has made an indoor roller, ball, and flyer. They are all soft core so they won’t damage walls or windows as easily as the regular toys. Not saying that they won’t if thrown to hard or at the wrong angle, but they are much less likely to do any damage. You can also get a launcher for the roller and the ball.

The Amphibious Bumper and Boomerang are great for any dog that loves to play in the water. Both float and are high visibility so your dog shouldn’t lose it easily in the water. There are two issues I personally know of with dogs in waters, first is lately in Alberta a lot of the lakes are getting blue green algae issues which is very harmful to dogs so watch for that wherever you are, and second if the dog accidentally swallows too much water it can lead to something called water intoxication which can kill a dog it is rare but does exist. Now I still let both my dogs play in the water but I do watch them and will get them out if I believe they are drinking too much water while playing.

So Chuckit! Has done a great job for making products that aggressive dogs have a hard time destroying and aren’t expensive especially if you consider the amount of regular tennis balls that a dog can go through and the cost for all the destroyed ones. 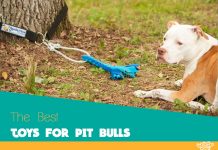 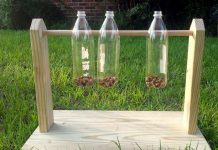