Home » Nutrition and Diet » Can I Give My Dog Cheese? Most Common Benefits and Dangers 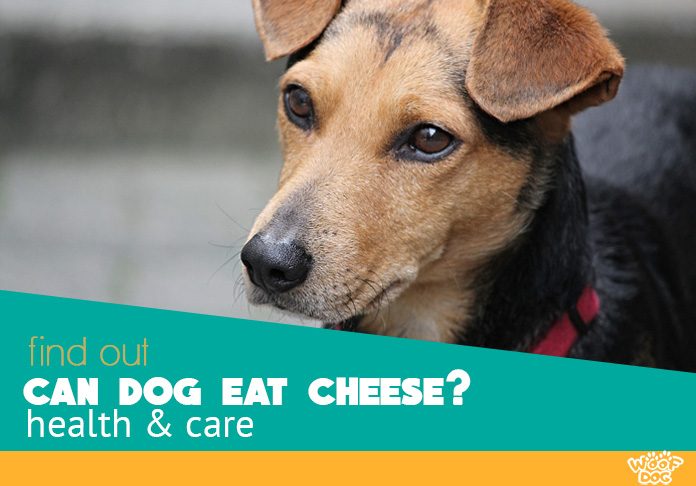 Knowing what you can and what you can’t give to your pooch can be really tough. Food that’s healthy and nutritious for the humans can have very unpleasant consequences for our four-legged companions.

Cheese is among the most loved foods of all – it has a delicious taste, and can be used for pasta, crackers, chips, burritos, hamburgers, pizzas, and so many other meals. But can your pup eat it? And if he can, the question is how many of it and which varieties?

In this article, we’ll take a closer look at this popular food and find out everything about its good and bad effects on the dog’s health.

Is It Safe To Give My Dog Cheese?

Yes, but only certain types and in moderate amounts. Moreover, if your dog is lactose intolerant, any dairy products should be avoided.

Here is the list of cheese types you can safely give to your pup:

As you already know, it is a staple food item in many cultures and countries and it’s produced from the fermented milk. Even though it was originally invented as a mean to keep the milk edible for a longer time, it is now the favorite food of many people from all over the world. And you know how it goes – sooner or later everybody thinks about trying to give some of it to his pooch.

Even though many believe that this kind of food is dangerous for the dogs, the truth is that most pups can actually eat cheese. However, if your pet is allergic or intolerant to milk, giving him this food isn’t exactly the best decision. Introducing new foods is best when done slowly – if the pup has a bad reaction to it, the owner can simply contact the local vet and potentially remove this type of food from the diet.

But as long as your pup isn’t reacting badly to it, there’s no actual reason to avoid giving it to him. Of course, this food shouldn’t make up the biggest part of his meal – you can use it as a treat.

In the next part of the article, we’ll be taking a look at the positive and the negative effects of cheese on the dog’s health.

The Effects of Fats and Sodium

Many people who deem cheese dangerous for the dogs point out that this food is high in fats. However, modern science has moved on from the old idea that fat is the main culprit behind the weight gain.

Evolutionarily speaking, dogs have descended from the wolves and the vast majority of these wild animals’ energy comes directly from fat and protein. This means that your pup shouldn’t have a negative reaction to some extra fat in his meals.

But one of the main concerns is that it was produced with humans in mind. People love the taste of salt, which is precisely why salt usually makes its way into this food which then becomes rich with sodium. And the main issue here is that giving a lot of sodium to your pup could give him not only high blood pressure but also do some serious damage to his vital organs.

This is why it’s very important to check the back of the packaging for the nutritional facts. When giving it to your pooch, make sure that it has a low amount of sodium.

Milk products usually have carbohydrate lactose in them, as well as some proteins that are capable of causing potential issues. Some breeds of dogs are intolerant to lactose, while some are allergic to the proteins that come in the cow’s milk. These dogs, of course, should not eat cheese. Also, they can develop allergies later in their lives, so it’s essential to always keep an eye out for the changes in behavior.

What about the non-lactose intolerant pups? As you know, lactase would be the naturally produced enzyme which allows juvenile mammals to digest lactose with efficiency. Most of the adult mammals aren’t producing a lot of lactase at all since they can find their own food and require no milk. So how can humans drink milk and eat dairy without trouble? Humans are unique in this aspect – our bodies produce a lot of lactase well into the adulthood.

Given the above, should you give cheese to your pooch? Dogs shouldn’t be drinking a lot of milk, but since cheese has a lower amount of lactose, it’s fine to use it as a treat – in small quantities.

Unlike adult dogs, puppies have sensitive guts, so it’s important to avoid stressing them with new food. But, since there’s no reason for your puppy to have a bad reaction to cheese, you can try giving some to him – but be cautious and do it as slowly as possible. If he reacts badly, withdraws this food immediately and talk to your veterinarian.

The recognizable holes of the Swiss cheese are formed by the gas bubbles that occur during the fermentation process. But the lactose content is pretty low here, so your pup should be totally fine with eating this kind of food.

This would be one of the most common sorts – plenty of people have at least some of it in their homes. It’s a hard cheese, which means that it has some salt in it – but in a relatively low amount. When given in small doses, it causes no health issues for our furry companions.

The Role of Milk In Your Dog’s Diet

When it comes to milk, most dogs will be able to drink it in moderation. However, every owner has to be aware of the lactose intolerance symptoms, which are:

Many owners don’t actually know if their pup can drink milk until they give some to him. Trying to determine if the pooch is lactose intolerant can be very difficult since pups that drink a lot of it could vomit and have diarrhea even if they aren’t intolerant to lactose. But if Buster shows some of these symptoms even after he drank a small amount of milk, immediately stop giving it to him and find a different treat.

Pay close attention to your pet after you’ve introduced milk to him and ask the vet about the right amount of this fluid for your pup’s size and health.

Some Tasty Cheese Based Dog Treats

If it turns out that your pooch loves cheese and has no health issues while eating it, you might want to check out some dog treats recipes. Here are three you could try out:

Making popsicles is quick and easy. All you have to do is to add some low-sodium broth and cheese cubes to an ice mold, and then freeze it in your freezer. That’s it! If you want you can also add some carrots or other vegetables for the variety.

This recipe combines the oatmeal and cottage cheese in a pretty delicious way. Let’s have a look at the necessary ingredients:

Preheat your oven to 350° and mix all of these ingredients together. Form small balls of the mixture and bake them on a baking sheet (with parchment) for about half an hour. Once the edges get a golden-brown color, the biscuits are done – cool them, and they will be ready for serving.

This is one of the tastiest and most beautiful-looking treats you could give to your pup. Here are the ingredients and the method:

Preheat your oven to 350° and use a blender to mix the milk, spinach, and egg together. Then, mix in the ricotta and then the flour. Knead the mixture on a lightly floured board for a few minutes, and then roll it out to 1/2″ thickness. Once you’ve done that, you can cut out the cookies and prick them so that they can’t fluff up too much while they’re being baked.

Bake them for half an hour or until their edges get the golden-brown color. Cool the cookies and they will be ready for serving!

All in all, if your pooch doesn’t have any particular problems with cheese, you should certainly feed him with some – just be careful and never give too much. The fat, the dietary calcium, and the vitamins found in cheese will have a positive effect on the pup’s health. 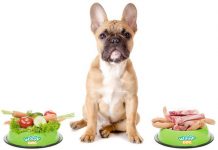 What are the Best and Worst Foods for my Pet?

Can My Dog Have Carrots? The Definitive Answer 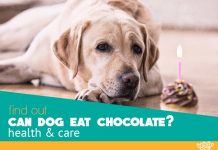 Can I Give My Dog Chocolate? Tasty Treat or Poison?