Dog Bite Statistics in the U.S. 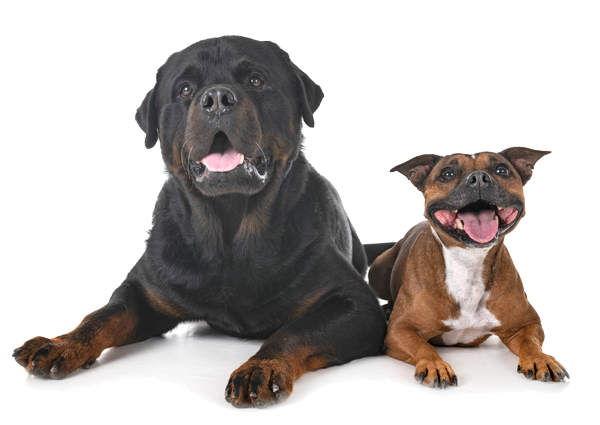 With over 78.5 million canines in American homes, these animals are a very important part of our lives. Moreover, they are considered members of the family that offer happiness and companionship to their owners. However, some dogs might become aggressive and bite you or your loved ones.

Each year, in the U.S., occur approximately 4.7 million pup bites from which 800 000 results in medical care. Animal control deals with these problematic pets of all breeds. 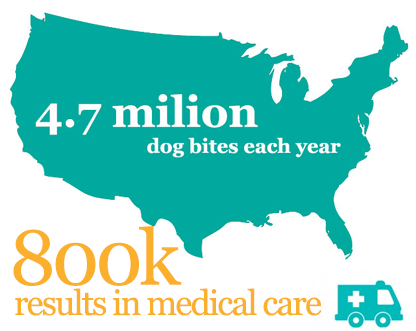 Some would say that Pit bulls are the scariest as they are known for its violent tendencies. But, you will be surprised to know that smaller dogs such as Chihuahuas and poodles also can be of the most vicious.

We have made a list to arm you with the right information and show you which one is the number one dog breed that bites.

Before we jump to the analysis of different pooches, we would like to give you an answer to this question first – why these friendly animals bite?

They react to a situation that is stressful for them!

They might bite or nip during a rough play.

To protect their puppies, their owners or themselves.

If you startled them, or if they are not feeling well.

You need to remember all these triggers and be careful when you are around your furry friend. With these in mind, you will be able to recognize a potentially dangerous situation and avoid being bitten. 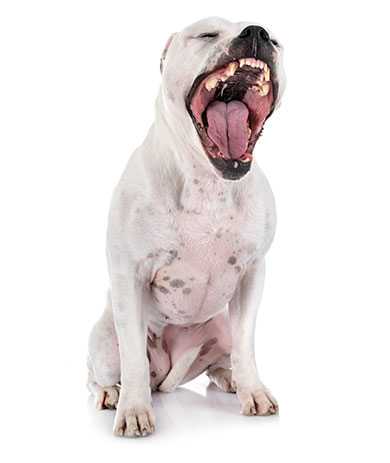 • As of March 2018, a total of 90 million pooches was estimated to live in American households as pets.

• 81 % of bites cause only minor injuries that don’t require medical care or no injuries at all.

• In the past 10 years, dog bites that were sustained by kids have been decreasing.

• The statistics show that 25% of fatal canine attacks were caused by dogs who were chained.

To be precise, every person has 1 in 112,400 chance of dying from a canine strike or bite.

It is more likely to die from: 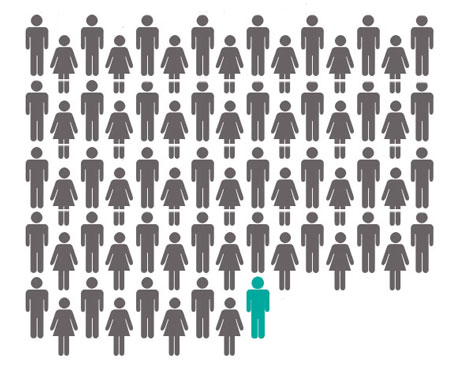 In the U.S. a canine bites 1 out of every 69 people, adults, and children.

Top 10 Dog Breeds That Bite the Most 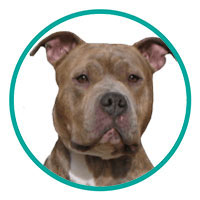 This breed is known as aggressive mostly because people have been using them for dog fights. However, pit bulls have 86.7% temperament passing rate which is lower than canines such as Chihuahua, Border collie or Beagle. And National Geographic study showed that they have one of the smallest bite force – 235 PSI.

Rottweilers are very active breed, and they can be annoyed and bored easily. Because they are very territorial, these dogs can exhibit jealous behavior when they want to protect their owner. When it comes to the bite force, it is 328 PSI which means it is bigger than pit bulls. 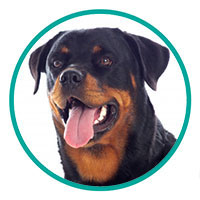 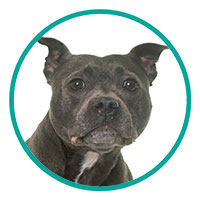 Those who know the breed well say that Stafford is rarely aggressive toward humans. But it can be destructive when he gets bored and potentially aggressive when defending their territory or towards other animals. He’s bite force is 305 PSI which is slightly smaller than Rottweiler’s.

This canine has been known to have a low threshold for stimulation. When you add to this his size and protective nature, he can be harmful if he is provoked and not trained adequately. He’s bite is 238 PSI and can cause serious injuries and in some cases even death. 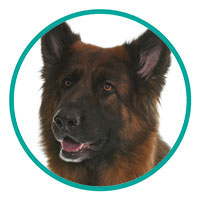 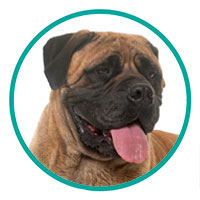 Bullmastiff is a great pet and can be very confident and fearless. He can become overprotective if he gets too much affection. That could turn into aggression against the family member the canine thinks is more threatening. He’s bite pressure is very strong; to be precise, it is 556 PSI.

Huskies are pack, working animals by nature, who don’t like to be left alone. If you leave them alone for an extended period, they could get agitated and anxious which can lead to aggression. In these situations, they can attack a family member and bite him with a tremendous force of about 320 PSI. 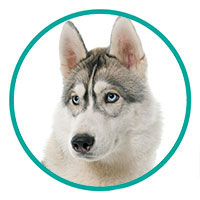 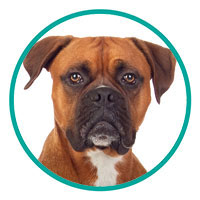 This breed is very playful and loves to play tumble, romp and rough. But, if their owner or other people provoke them, they can quickly become aggressive. Although this pooch has a bite strength of 230 PSI and can cause serious injuries, with the right training, he can become one of the friendliest dogs ever.

This is a very friendly and sensitive dog which should be familiar with meeting other animals and strangers. Otherwise, they can become very anxious and stressful which can lead to unwanted behavior if he is provoked.  They are known as one of the strongest breeds of dogs with a bite force of 669 PSI. 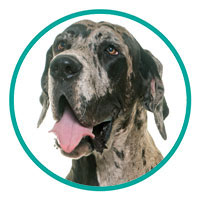 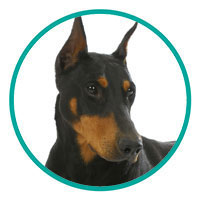 These canines were used for the police and military tasks, which make them loyal guard dogs. Playful and energetic, they need to exercise regularly; otherwise, they could quickly become destructive and aggressive. Their bite force is 228 PSI, and they will attack if provoked.

Bulldog is a pretty stubborn dog. While he is not known to be an aggressive canine breed, you still need to train him due to his desire to do stuff his way. When they are provoked, they can get aggressive and bite owner or your loved ones with a force of about 210 PSI. 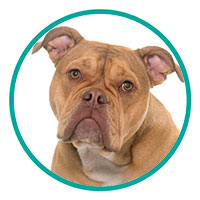 Canines provide millions of people around the world with health benefits, happiness, and companionship. But sometimes, the friendliest pooch can attack someone when defending food, owner, territory, and puppies, or when he is frightened.

California had 2228 claims which are the largest number in 2017 at 90.4 million dollars, and that had increased from 2016 when there were 1934 claims. Florida is following with the highest average cost per claim at 44,700 dollars.

That is why State Farm Insurance, United States Postal Service and The American Veterinary Medical Association are joining together for National Dog Bite Prevention Week [1].

This event is important for pet owners. It will increase awareness of a serious public health problem and provide them with information on how to be responsible dog parent.

‘’ Dog bites and other dog-
related injuries accounted for more than one-third of all homeowners liability claim dollars paid out
in 2017, costing almost $700 million.’’

According to Humane Society of the United States and Centers for Disease Control and Prevention, approximately 4.7 million pooch attack happen every year in America. About 16 of these cases are fatal.

And according to the AVMA (American Veterinary Medical Association), half of the injured people are children, most of them are between the ages of 5 to 9.

Kids ages four and younger are mostly injured around the neck and head region. What is noticed in studies, is that these injuries are lower for girls than for boys.

The number of people from the U.S. who were hospitalized for pet attacks doubled in the last 15 years. This average hospital stay [4] costs around 18 500 dollars. In rural areas, the number of attacks and hospital stays was much higher, almost four times more than in urban regions.

The most frequent victims of canine aggression and attack are:

According to a study, these victims counts only 5% of all hospital room visits in America.

CDC is a Center for Disease Controls and Prevention which provided information about fatal human attacks in the U.S. These cdc dog bite statistics will show you which breeds of pups were involved in the human attacks that were fatal, from 1979 to 1998. While they show certain breeds of canine, bear in mind that this data collection doesn’t indicate that neither the Edgar Snyder Associates nor CDC support breed specific legislation.

Over the past 20 years, there were about 240 related fatalities.

In these deaths were involved about 25 different breeds; Rottweiler and Pit Bulls attacked over half of the reported fatalities.

About 17% of the deaths were caused by restrained pups on his territory, owners’ property.

58% of these fatalities were caused by unrestrained canines on the owner’s property.

• And 24% were caused by unrestrained pets off their territory.

How To Protect Yourself Against Canine Bite Attacks 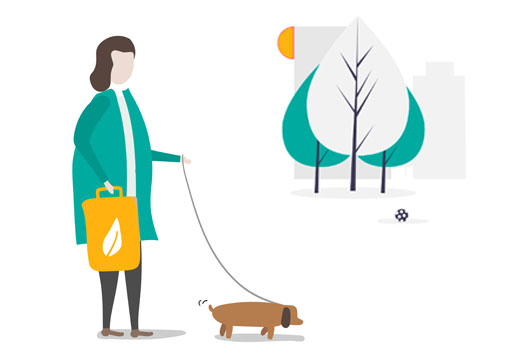 If you own a home, you should check with your agent for homeowner insurance to find out what coverage type you have. You need to check what your coverage for a dog is. It is very possible that your insurer has excluded that, which means you won’t be covered if your four-legged friend causes property damage or hurt someone.

Discuss with your existing agent to change this state. If you don’t like what his company is offering, you can call some other insurance agents.

Bear in mind that some of these companies exclude specific breeds, so you can also find someone else to do the insurance.

How To Prevent A Bite

No matter how well you think you know the pup, you should be careful and always supervise your children around someone else’s canine. To reduce the bite’s risk, you should know some of the basic safety guidelines:

• Let the animal sniff and see you before petting it.

• Always ask the pet’s parent if it is OK to pet the pooch.

• Do not run away or toward a dog.

• When some unfamiliar canine approaches you, don’t look him in the eyes, stay calm and back up slowly or stand still.

• If he tries to bite you, put anything you have between him and you. If he knocks you over, cover your face roll into a ball and lie still. 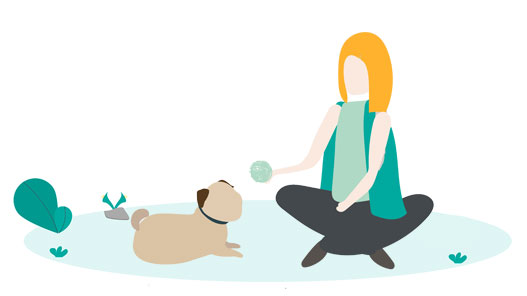 Any dog can become aggressive when protecting his territory, puppies, and the owner or when he is threatened. That is why you should be very careful when approaching canine and always supervise your children around these furry friends. Avoid any contact with unfamiliar pets when they are eating, playing rough and always ask their owners if it is OK to pet these animals.

We hope that this list of top dog breeds and our guide on how to behave if they attack you will help you avoid this kind of situations. Remember, the dog is indeed the man’s best friend; you just need to teach him how to behave with other animals and train him adequately. You could also talk to a professional, before getting a pooch, to discuss what type of breed is best for your household.