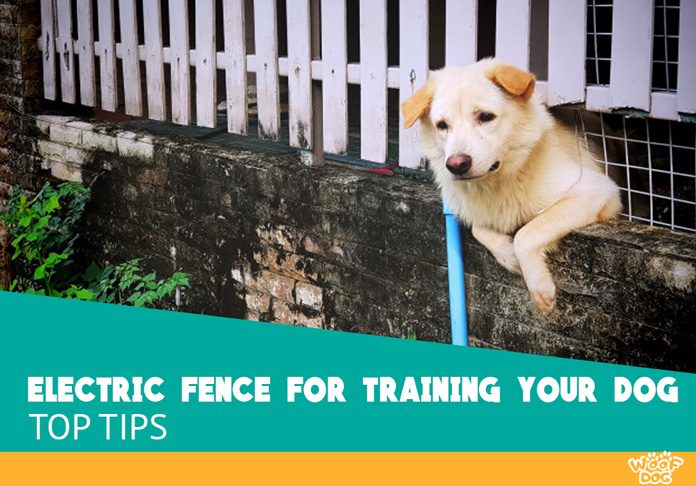 When it comes to the success or failure of every electric dog fence, the most critical element to it is the proper dog training. Over the last few years, we’ve found that the only people who end up satisfied with their electric fences are those who take their time to train the dogs properly. And, just like we expected, the only individuals who complain that their fences 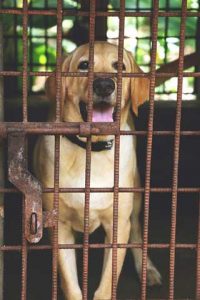 “aren’t working” are those who didn’t care or didn’t want to properly introduce their dogs to these pet containment systems.

A lot of people think that using an invisible dog fence is as easy as it gets – you just set it up, put the collar on the pet’s neck, and that’s it. People expect that the dog will immediately know what’s going on, but things couldn’t be further away from the reality – canines treated like this could end up so scared and confused that they won’t even want to leave the house anymore!

Taking some time to properly train your four-legged friend will ensure that he understands that whenever he breaks a rule, he’ll get corrected.

The first thing to happen is the beeping of the collar. Most modern models come with a variety of different functions, such as shock, vibrate, and beep. The purpose of the beeping sound is to warn the dog that he’s getting close to the fence boundary.

Canines that ignore this warning will receive a static correction. How does this happen? A couple of special metal prongs on the collar will create a mild static correction. It won’t cause any harm to the dog, only discomfort that will remind him that he just broke the rule and that he’ somewhere that he shouldn’t be.

Training a canine to a wireless dog fence has two primary goals:

In this article, we’ll be helping you with the training by giving you a general view of the whole process. Even though it might seem like a lot of work at first glance, we assure you that the adequate dog training can be completed in about two weeks. Of course, your canine friend may take less or more time, and that depends on the way he learns and how much he learns, as well as on the time you’re ready to spend on training with him.

Let’s have a quick look at the list of required items:

The process of training the pooch to get used to fence consists of 5 primary steps, and each of them can take from 1 to 5 days. Of course, we’ll go into more detail later – here are some general guidelines:

Those were the general guidelines – let’s take a closer look at each step and find out how to properly train every dog to a wireless fence:


The first step consists of introducing your pooch to your new pet containment system. In this phase, your primary aim is to get the pup accustomed to the new boundaries, and it is this step where all those items we mentioned come into play.

The purpose of these flags is to give your pet a visual representation of the new boundaries. They need to be set right along the line of the electric fence and will represent the perimeter of the pup’s new containment area.

Attaching the leash to an e-collar comes with an adverse effect on the dog’s health – it causes the prongs to stab the dog’s skin by exerting pressure on his neck. For that matter, an owner needs to use a second, non-metallic collar whenever he wants to use the leash.
The reason because of which this collar needs to be non-metallic is so that it can’t interfere with the connection that exists between the receiver collar and the invisible fence.

As you can already guess, the leash is there to give you complete control over the training process. With it, you’ll be able to assist your pooch with learning how to respond to his new boundaries properly.

The e-collar or the electronic receiver collar provides various stages of static correction, but it also comes with some additional modes – like “beep” and vibration. These are the only modes you’ll need in the first phase of the training process since no static correction should be used in the beginning.
Using the static correction too early is guaranteed to leave your canine friend scared and confused. And the fact that this is bad for your pet’s mental health is not the only downside here – it can also seriously prolong the entire training process.
The purpose of the “beep” is to give your dog a timely warning that he’s too close to the newly-established boundary. Using the leash will allow you assist your pooch in redirecting him from the line (marked by flags) whenever he hears the beeping sound.

The thing that will let you know that your pet is familiar with the new limits is when he starts turning around on his own, without your assistance. That’s also the time when you’ll be able to move onto the next step.

As the name suggests, the purpose of this step is to reinforce the pup’s need to respect the new limits and stay in the designated area. He’ll learn that not moving from the border after hearing the warning sound leads to uncomfortable static correction.

The most important thing about introducing your furry companion to the static correction is to use the lowest possible level of it. Find the lowest setting on the collar and increase it only when you really need to. Some dogs will have a great response to a low level of correction, but some will require using a higher level to obey the rules. 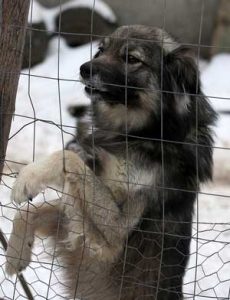 The electric stimulation that the collar produces is mild – it’s there only to remind the pooch about the boundaries, and not to give him pain. As we already said, most models sport a wide array of electrical stimulation levels, allowing the owners to easily find the right settings for their canines, no matter their breeds or temperaments.

While going through the training, your primary goal should be ending up on the lowest possible setting that still achieves the required results. Once the pooch starts having an appropriate response to the warning sound and thus avoids the electric stimulation, you’ll be ready to move to step three.

The primary goal of this step is training the pooch to stay within the new boundaries even though there are some distractions and temptations around him. An owner can use all kinds of distractions and temptations he wants – such as the pup’s favorite toy, other dogs walking by, and similar things. In simple terms, one should use all those things that he knows that the pooch won’t be able to resist.

Once the dog stops crossing the limits no matter what’s going outside of them, he’ll be ready for the next phase of the training.

As the name suggests, this phase consists of removing the non-metallic collar and the leash. The e-collar, however, stays on the pet’s neck, allowing the owner to check out how his furry companion behaves while wearing it. The dog now has free access to the whole containment area, and it’s time to see if he’ll try to cross the boundaries.

With this being the first time that the pooch is off leash, we advise staying outside with him – keep a close eye on the dog and watch what he’s doing.

This is the final step and one that you can move onto only when you’re completely satisfied with your dog’s behavior now that he’s off the leash. Although it’s advisable to supervise the pet in this phase, one doesn’t have to be with the dog at all times – checking him out now and then will be quite sufficient.

An important thing is the fact that if the pooch crosses the boundary, it’s not such a big deal – you’ll just have to go back to the leash training. Make sure to use the biggest possible temptations for the pup, and once he starts behaving correctly, you’ll be able to return to this phase again. Once you’re completely confident that Buster won’t try crossing the line no matter what he sees or hears, your effort has finally paid off – the process of training is over!

Many owners claim that once the pets are fully trained, they’re scared of crossing the newly established boundaries. Having a dog that’s hesitant to go out for a walk or have a fun car ride indeed isn’t amusing, but it can certainly be solved. The key is in establishing a route similar to this one:

Once your dog is entirely familiar with the new containment system (this takes place after a couple of months), you can start with removing the previously-mentioned training flags. Don’t pull them out all at once – thin them out by gradually taking every second flag for the first week. Do that again the next week, and then remove all the flags in the third week.

Using these methods every time you want to take Buster out of the yard is bound to reinforce the idea that it’s Ok to cross the border once you’re with him and the collar is turned off. Of course, this won’t work the first few times, but the pooch is bound to become familiar with the method after repeated attempts.

No matter what breed of a dog you own or what type of electric fencing you decide to buy, you need to keep in mind that complete training is of paramount importance for the success of the whole system.

Even though it doesn’t look like that, training the pet to get used to it isn’t difficult – all that’s required is some time and effort. For the small amount of time that it takes to train the pooch adequately, you’ll be getting a beautiful reward – a lifetime of security and safety for your four-legged friend. Pretty good, wouldn’t you say? 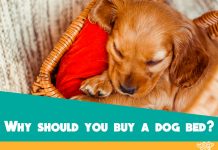 Why Should You Buy a Dog Bed? 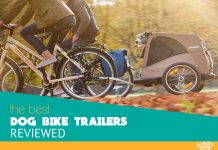 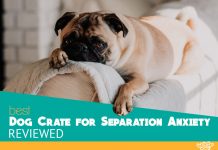 Our 5 Highest Rated Crates for Dogs with Separation Anxiety